The State Government’s proposed immediate blanket Ban on sales of plastic bags as well as plastic packaging materials and production of such materials in Maharashtra will be adversely felt all around especially by millions of people engaged in the industry such as manufacturers, employees, dealers,  consumers including public at large as also by the State’s economy.

To mark their protest against this arbitrary move of banning Plastic, the Maharashtra Plastic Manufacturing Association, other Plastic Associations, dealers and others have taken out a massive Morcha on 23rd February 2018 at Azad Maidan, Mumbai.

The protestors carried placards displaying messages such as Use Plastic Nicely - Dispose It Wisely, Plastic is not Bad - Littering is Bad, Stop Littering, Be A Responsible Citizen, Don’t Litter, Plastic is 100% Recyclable, Make Sure that used Plastic goes in Recycling Chain, Remember The 4 R’s of Plastics: Reduce, Reuse, Recycle and Recover

According to Ravi Jashnani, President of Maharashtra Plastic Manufacturing Association, “For last several months, we have tried to bring the drawbacks of such a blanket ban on plastic usage and production to the notice of Government and also enhance its awareness amongst public. Unfortunately we have not succeeded in gaining any support; hence Morcha seems to be the only option available to us to communicate our concerns and express our demands as well”.

Mr. Ravi Jashnani said “Our demands are reasonable and are in the interest of all concerned including the State of Maharashtra. It is not that we protest for the sake of protesting. We want to work together with authorities in ensuring that plastic does not cause any damage to the environment. We welcome the Government’s move that has already banned usage of plastic bags below 50 micron, but it is sad that poor implementation of this ban has failed to curtail its usage. Our concerns and demands are:

Mr. Ravi Jasnani further says “Plastic industry is growing at the rate of 15% per annum and any ban on it may turn out to be fatal for the economy. Ban may result in more dirty roads, higher usage of water. It also may result in un-cleanliness of water. Use of glass bottle may result in more accidents, un-employment and will leave negative impact on GDP growth and also may adversely impact the tourism industry as well”. 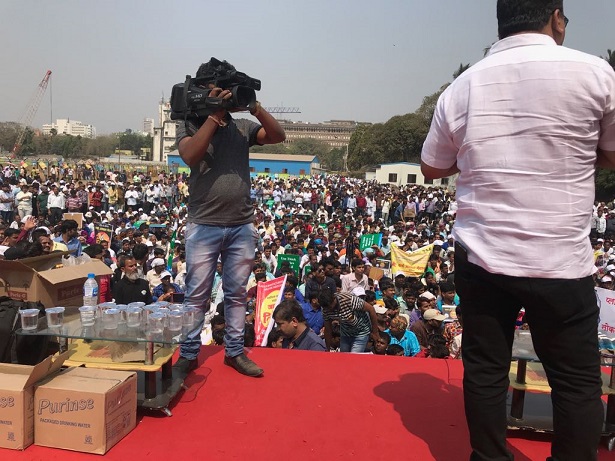