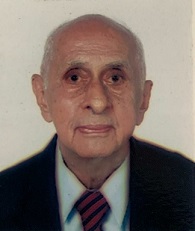 Mr. Amir E. Ladhabhoy, a doyen of Indian plastics industry passed away on Sunday morning the 29th of Aug, 2021. A thorough gentleman, he held very senior positions but maintained a very low profile.

Mr. Ladhabhoy, as he was known, acquired his M.Sc. (Tech) in Plastic Technology from UICT or erstwhile UDCT. He started his career with EKCO Plastics in UK and thereafter joined ICI-Plastic Div in UK. After returning to India in 1960, he continued working with ICI India in Tech. Service Lab. On his retirement, he joined Caprihans India Ltd. Where during his 20 years stay was instrumental in many new developments.  He was also an Advisor to Reliance Industries Ltd. (from 1990 to 1995) and was instrumental in developing department which supported entrepreneurs and investors.

He also had brief stints with Cosmo Films, Gujarat Propack and Herdillia Chemicals. For a shortwhile he worked in a consulting capacity with certain UN program. He was also part of Plastiblends India Ltd as director from 1990 till his health prevented further association in 2009.

Mr. Ladhabhoy’s was associated with the development of the Jaipur Foot.

He has been associated with several institutions such as PlastIndia Foundation, AIPMA, IIP to name a few. Amirahi was also the Chair of Plastemart.com's advisory board and stayed as plastemart's chief advisor until his retirement.

In 2005 UICT Alumni Association conferred on him the “Distinguish Alumni Award”, and in 2009 PlastIndia Foundation awarded him “Outstanding Contribution to the Indian Plastic Industry”